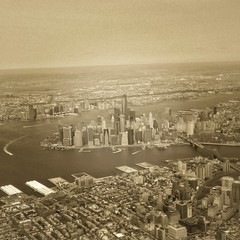 New York City is often called “the city that never sleeps,” and we are addicted to productivity. We say things like “I’ll sleep when I’m dead.” Often rest is only seen as just a way to make us more productive later. And it’s true. It’s been proven that if you take more vacation, rest more often, you will be more productive than those who take less vacation and work more hours. Resting actually helps us become more productive. And that’s a good thing. But worshiping productivity, becoming addicted, poisons our rest. If we rest just to be more productive, we’ve lost something. We have lost an aspect of who we are as children of God.

When God first instituted the Sabbath for the Israelite people, they had been slaves in Egypt for 400 years. Their entire culture and identity was wrapped up in being a slave. Slaves do not get days off. Slaves do not get a vacation. Slaves are not worthy of such things. While God had delivered the people out of slavery, they still had generations of slave culture that had to be broken in a dramatic way. Hence the sabbath – a 24 hour period where you could do no work.

When the Israelites were slaves in Egypt, they worked seven days a week, and were never able to rest. They were treated not like human beings, but machines. The Sabbath is a gift given to humans who have been created in the image of God. Slavery de-humanizes us. But rest identifies us as human beings with inherent value.

It took the people a while to get it. God even reminds them that they were once slaves in Egypt, but no longer! In modern times, we often treat ourselves like slaves. We worship productiveness every moment of the day. We value multitasking, being in a hurry, and staying connected – because we think it makes us important. But in reality, we become slaves to these things. Our masters become our emails, messages and work responsibilities. Our identity becomes enmeshed with our master, productivity. But the truth is that we can rest from these things not because they are not important, because we are important. We are free children of God, created in the image of our father.

Jesus teaches us that people were not created for the Sabbath – as if God first created a Sabbath and then needed someone to observe it. No, the Sabbath was created for people (Mark 2:27). It is a gift that God has so graciously given us. Must we practice Sabbath? No. Must we rest? No. Must we accept this gift? No. We no longer live under the law, but under grace. Our father does not force rest upon us, but he knows that it is best for us. God may not force rest upon us, but usually our physical bodies will. When we go for long periods without rest, we get sick and are forced to rest. Our bodies often know what is best for us, whether we pay attention or not.

The theology of rest reaches to the heart of the gospel. Because Christ has fulfilled all of the requirements of the law, believers can enter God’s rest. There remains, then, a Sabbath-rest for the people of God; for anyone who enters God’s rest also rests from their works, just as God did from his (Hebrews 4:9-10). When we rest, we glorify Jesus as the one who has given us eternal rest.

Remember, that you were once a slave to productivity, in order to gain righteousness from God, yourself or others. But the Lord your God freed you by the power of the cross. You are not a machine. You are not a slave. You are a child of the king. Rest.

Contentment is hard to come by in a culture that pursues only momentary happiness. On the other hand, religion often guilts us into thinking that we’ve screwed up our lives too much for God to use us for anything. Neither sorrowful humility nor the pursuit of happiness will bring us contentment. Contentment comes when we follow God wherever he leads. Listen to my entire message below as I flesh these ideas out.